For my first gear review it seemed fitting to review the camera that persuaded me switch from Canon to Nikon.  A lot of people ask me why I switched systems. Canon has developed incredible cameras for a long time, I particularly miss Canon color rendering and their outstanding lenses. However they lack in some departments that are very important to my natural light photography style. The two main reasons I switched to Nikon is that Canon camera sensors do not handle shadow recovery very well (digital noise is quite prevalent when underexposing frames) and the dynamic range always leaves something to be desired.  My Canon 6D had much better dynamic range then my Canon 5d Mark iii. However both fall short to the D750 and most Nikon bodies. 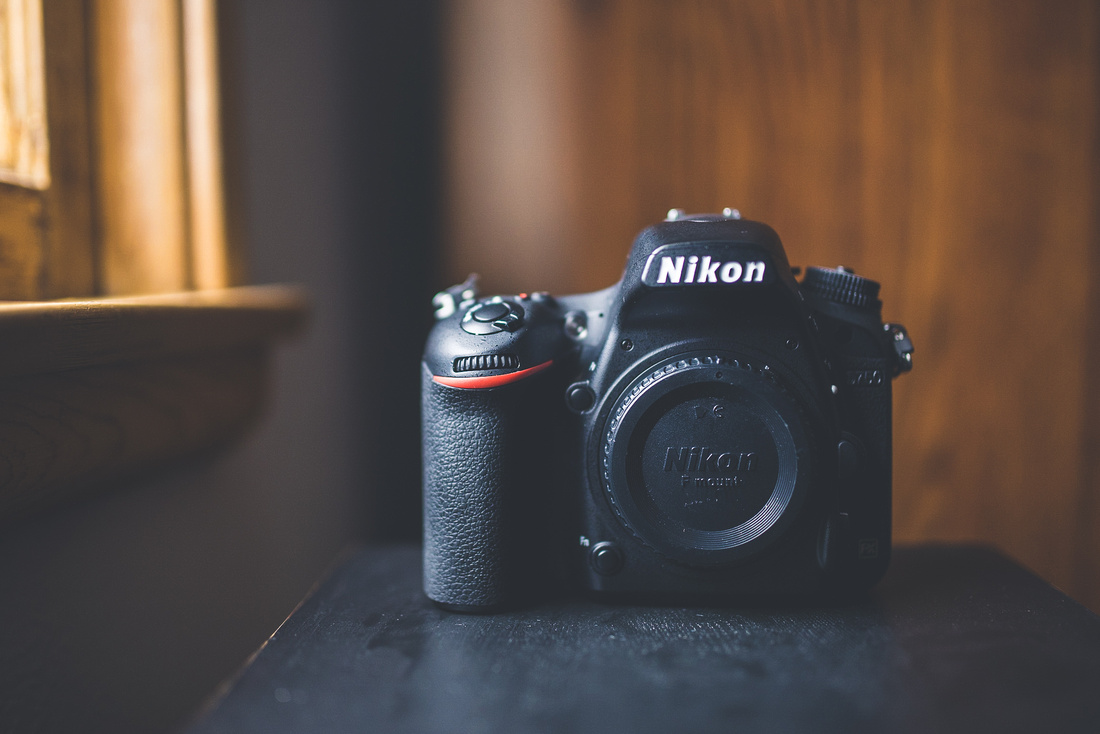 The Nikon D750 is a 24 megapixel full frame pro-sumer camera that offers an incredible amount of creative options but also has several noticeable flaws.  Almost all of the images on my site have been shot with the D750. 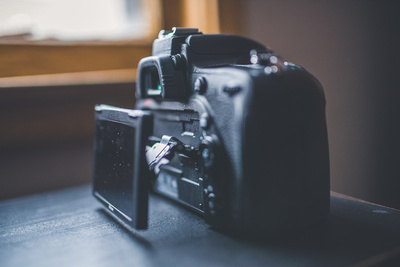 1.  The flip out LCD screen is a game changer. Composing and exposing in real time on a flip out screen is huge.  I rarely, if ever, expose using metering through my eyepiece. I almost always turn on live view, flip out the LCD screen, and expose accordingly.  ***the LCD screen will not change exposure in real time out of the box. You have turn the option on through an LCD screen menu, which is odd.
Being able to see your bokeh and composition in real time is just an overall enjoyable experience. Most of the effects you see in my photos are achieved while using live view. I do however miss my focus sometimes and AF is not as precise. I usually manually focus but still can miss if I don’t zoom in on my subjects prior to taking photos.  Which is my fault, not the cameras.
2.  The Sensor. The sensor recovers shadows like a champ. The sensor has great dynamic range and good color rendering. You can comfortably shoot at high ISO’s and not experience distracting noise. It’s no Sony, but it’s still great. The sensor will allow you to save some photos where you didn’t have time to probably expose a scene.  ***If you majorly overexpose you may struggle getting rid of excessive highlights. It’s much, much better at recovering an image that is underexposed.
Raw Image shot with Nikon D750 and Nikor 58mm 1.4 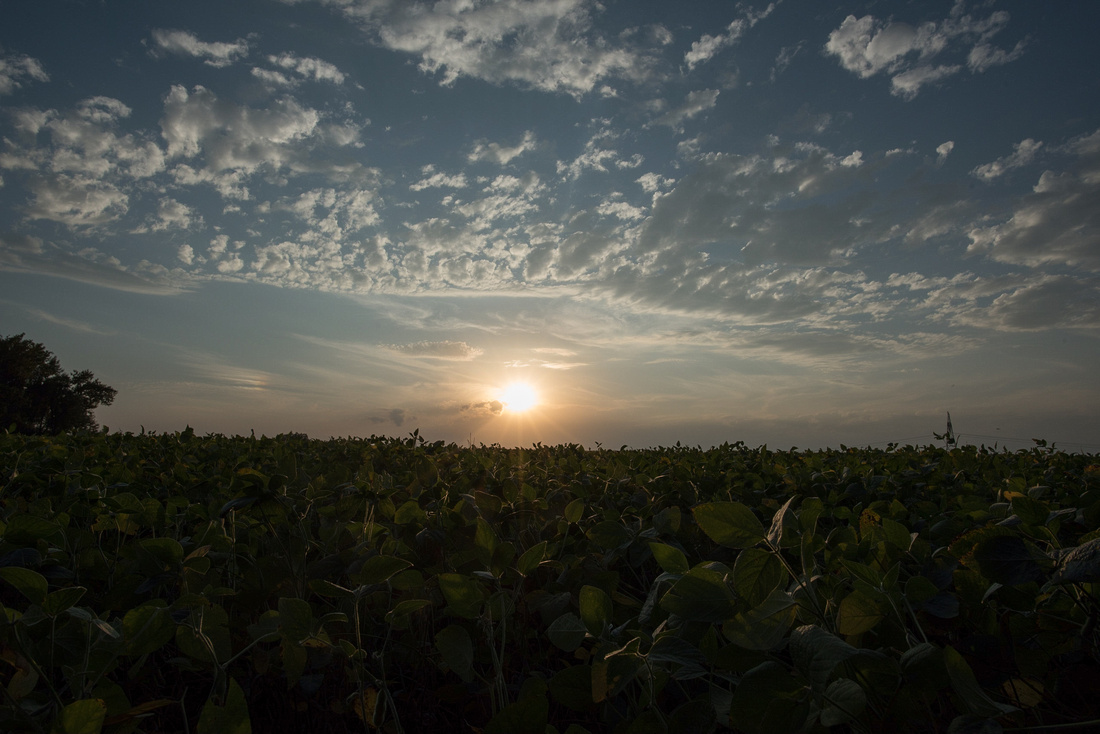 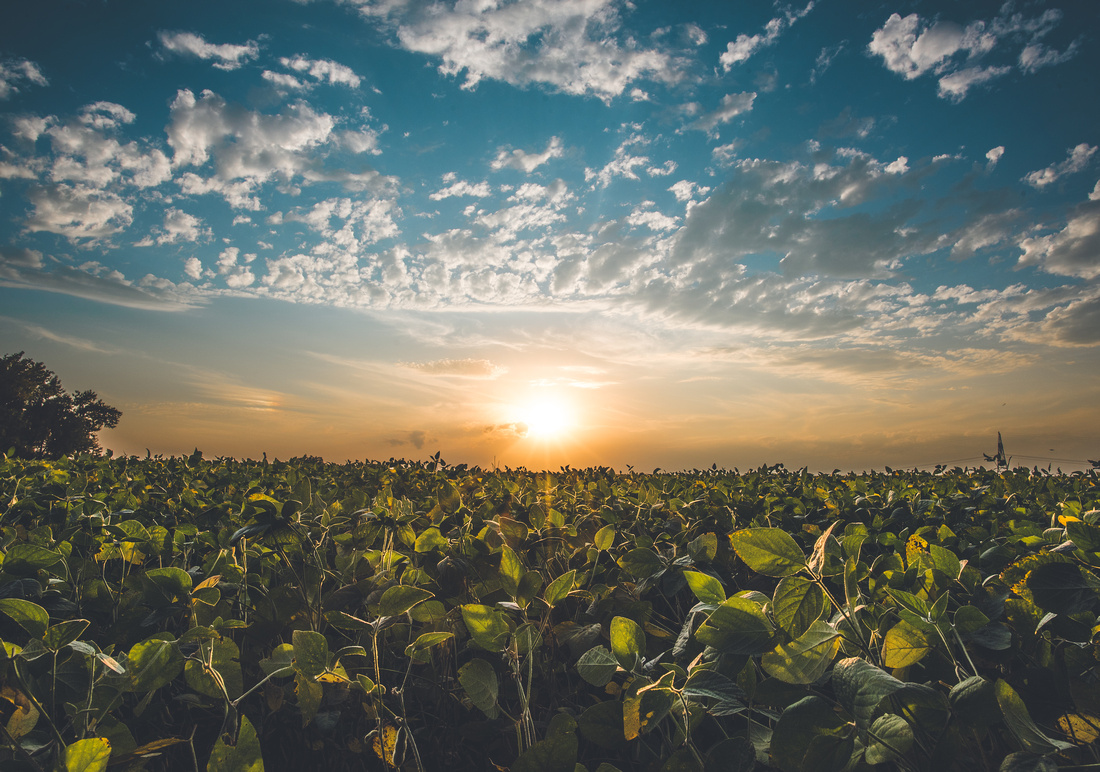 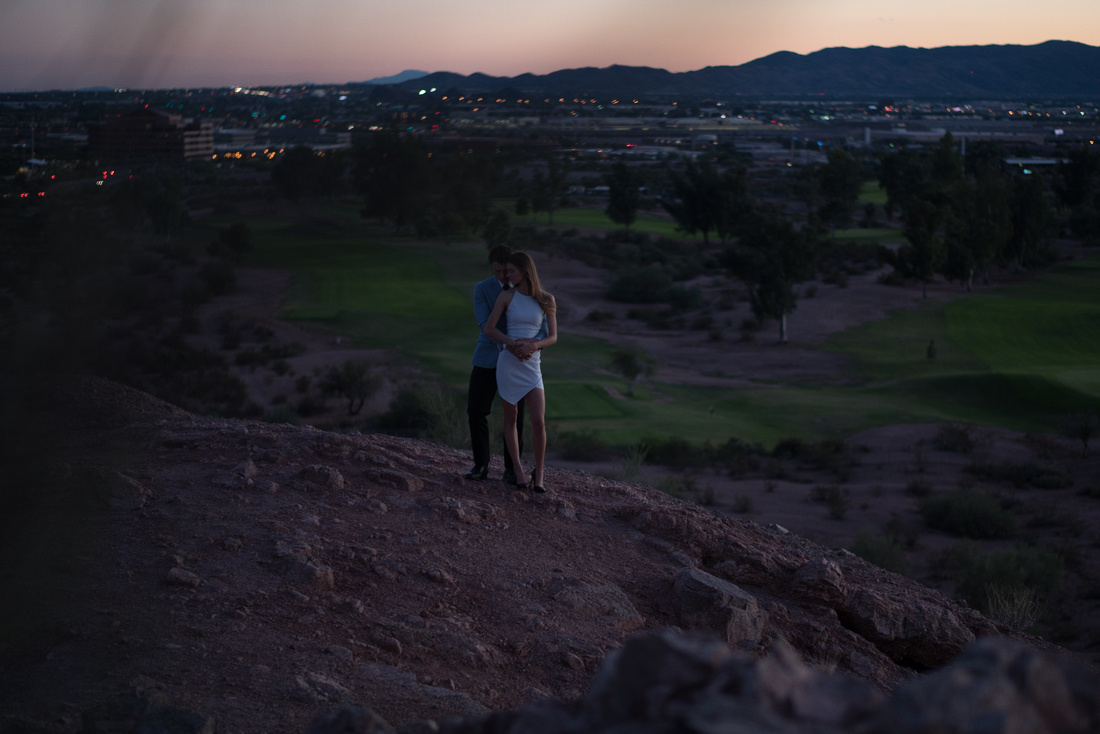 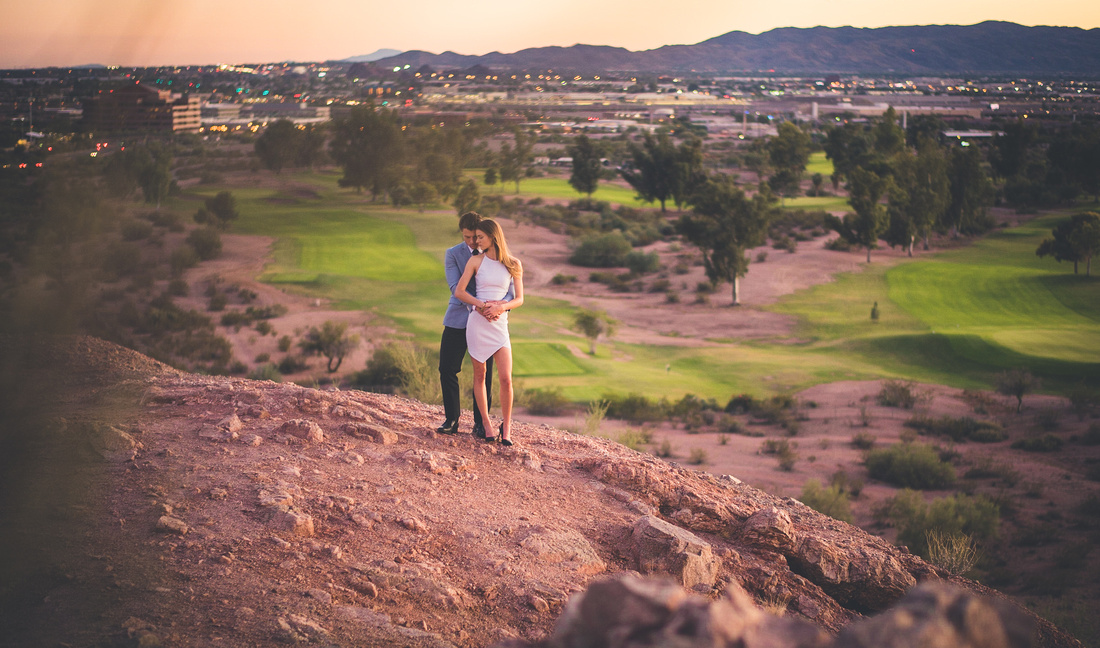 3.  The dual SD card slot.  You can double write raw files, if you are worried about potential corruption. I’ve never had an SD card corrupt. But if you are using third party SD cards it’s a nice fail safe.
4.  Battery life. Battery life rocks. If you have a grip (I don’t) you can shoot a whole wedding without every worrying about your camera dying.
5. It’s reliable. I’ve heard some people say they have had reliability issues with the D750 shutter firing correctly or writing images correctly. I’ve never had a single issue.
6.  Autofocus is solid. I honestly am not sure on how many autofocus points it has but it hits it’s target quite often. It also allows for continuous AF tracking on a 3D plane. Meaning it will track a subject as they adjust their depth to you. It works great for me during weddings when a lot of people are moving around and I’m only trying to track one subject.
Shot with Nikon D750 and Nikor 58mm 1.4

7. Good video quality. It actually takes excellent video for a DSLR and can shoot 60fps at 1080p. Once again it’s no sony.  But the D750 is made for still photography, so if you occasionally need to shoot some video it will suffice quite well. No noticeable moire and having the flip out LCD screen when shooting video is so, so nice. I shot this for my band with a D750. WATCH VIDEO HERE 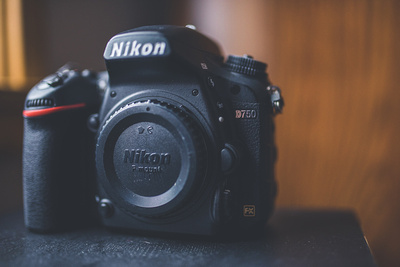 Why the D750 isn't the best:
1.  Max shutter is only 1/4000, pro cameras are at least 1/8000, thus why this is a pro-sumer camera. Why this limitation exists is beyond me. I did read that it is Nikons attempt to distinguish their pro lineup cameras from the D750.  I typically shoot at f 2.0 or lower, so during a wedding in the middle of the day outside I usually have to stop up a bit because I can’t shoot faster then 1/4000.
2.  The image buffer. When shooting in burst mode with even the fastest SD card the camera will buffer out pretty quickly. I usually stick with the cL setting and not cH.  I can last longer shooting in low speed continuos versus high speed.
3.  No live view double exposure. This is where Canon bodies rocked. You can take a photo in live view, and it will allow you to take your next photo in live view and see how your double exposure will turn out. With the D750 you have to take it through the eyepiece and basically guess. I don’t think I’ve ever taken a successful double exposure with the D750.  I also do not have an eye for double exposures in general.
4.  It isn’t weather sealed. I wouldn’t go out and shoot in the rain with it. This is where the Canon 5d mark iii and L series lenses rock. They are weather sealed, which gives you an extra peace of mind when shooting in rough conditions.
Shot with Nikon D750 and Nikor 20mm 1.8 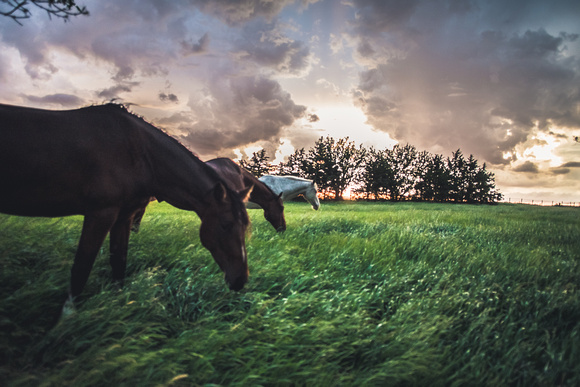 Marco(non-registered)
Hi,I love the d750. Had it on 2 city trips (dedicated to photography) and its light (for being ff), has a great grip,great viewfinder, img qual. Is superb. It might not be one of these sexy mirrorless,but its a reliable and very capable work horse.
Ant Motton(non-registered)
Hi Corey, you say the D750 isn't weather sealed...I'll think you'll find it is, even states it on Nikons overview of the camera on their official website. But like you say I wouldn't stand outside in the pouring rain with one (I didn't even do that with my old D700s!) Also the shutter speed issue can be over come by dropping your ISO down to L1,L2 or L3 (L1 is equivalent to ISO 64) Working outside I put it on Auto ISO and it's been no problem.

Totally agree with you on the lenses though, I purchased 2 D750s, a 35mm prime and an 85mm prime , my 24-70 2.8 sat in my bag at the last wedding and the 70-200 came out just a couple of times...this camera is awesome ! (using them with the Black Rapid Metro straps is also a good idea as they weigh next to nothing!)
Corey Gross Photography
Thanks for the kind words and taking the time to read it Rachel! I use Adobe Lightroom for 90% of my workflow. I will use Photoshop on occasion. Lightroom is intuitive and works great for larger scale sessions
Rachel Boy(non-registered)
Absolutely loved reading this. Looking forward to more posts from you! Was curious as to what program(s) you use for editing your photos?
No comments posted.
Loading...
Subscribe
RSS
Recent Posts
Second shooting behind the scenes Bryan and Morgan's Wedding // Best Man Vision Bryce and Shea Sunrise Engagement Bryan and Morgan Adventure Engagement Abandoned SD: Searching for the Forgotten Nikon D750 Review
Keywords
wedding Engagement dakota film nikon photography south Abandoned Sioux falls
Archive
January February March April May June July August September October November December
© Corey Gross Photography
User Agreement
Cancel
Continue